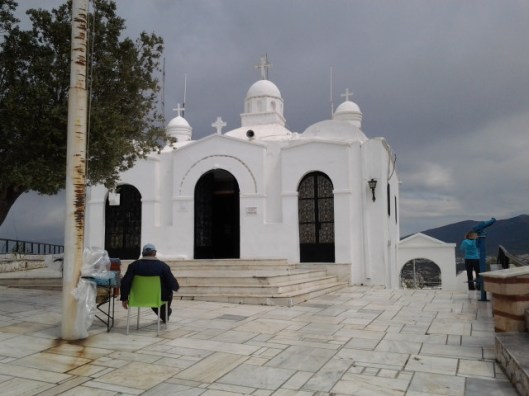 Lycabettus hill is Athen’s highest hill, offering a panoramic view of the city. Essentially, you have 3 ways to reach the top – by foot through the wooded pine trees; or, you can wuss out by taking a taxi or the funicular railway that ascends to the top via the end of Ploutarchou Street and Aristippou Street in the Kolonaki district (near the Evangelismos station). Me? I wanted to explore the hill, so I walked. However, while walking through the woods, I took the wrong direction and somehow ended up on the top of an adjacent peak – also part of Lycacbettus hill – which overlooks the amphitheather  .  .  .  And, boy was it windy! Unlike Lycabettus hill, which is also windy, this site has no protective rock walls to keep you from falling to your death. Gulp. 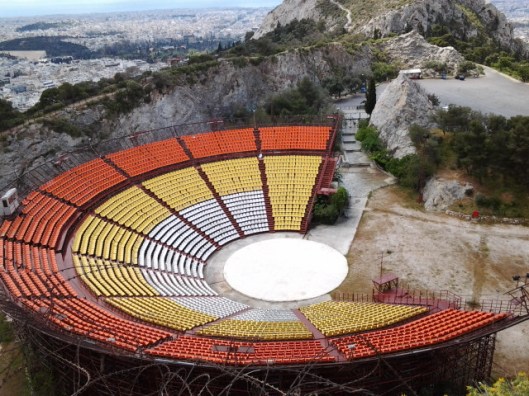 This  ridge was obviously being utilized for radio transmission lines. Several metal towers and related equipment dotted the site. It had beautiful views of the city too. During summertime, major events and festivals take place at the Amphitheater. I wondered if people climbed this hill to avoid paying the amphitheater admission fee? Hmm. Just by observing all the broken glass bottles and other trash at this site, you could tell it also was used by teenagers as a place to party and hangout. In any event, I managed to take a few photos without falling off the ridge, then carefully extricated myself off by climbing down the steep metal stairs (I’d used earlier to access this site) and headed for the Lycabettus Hill I could see in the distance. 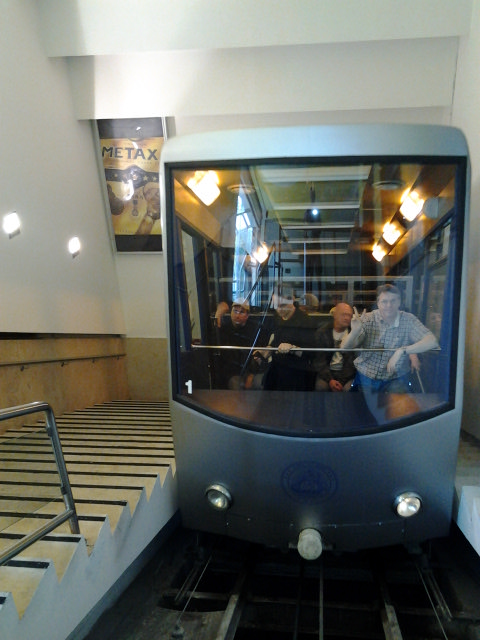 There weren’t too many people at Lycabettus hill, unless you counted the taxi drivers, which were numerous. Frankly, most of them seemed to be taking their lunch breaks in the parking lot, which offered magnificent views of the city. I passed the parking lot and made the final climb to the top of the hill, where the chapel of St. George overlooks the city. Lycabettus appears in many legends. According to Wikipedia, the hill was once the refuge of wolves and the origin of its name means “the one (hill) that is walked by wolves.” Mythologically, Lycabettus is credited to Athena, who created it when she dropped a mountain that she had been carrying from Pallene for the construction of the Acropolis, after the box holding Erichthonious was opened. 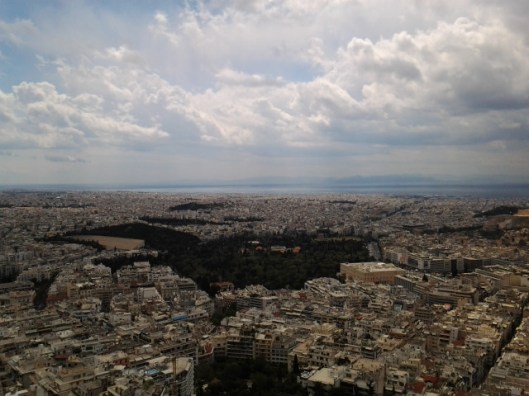 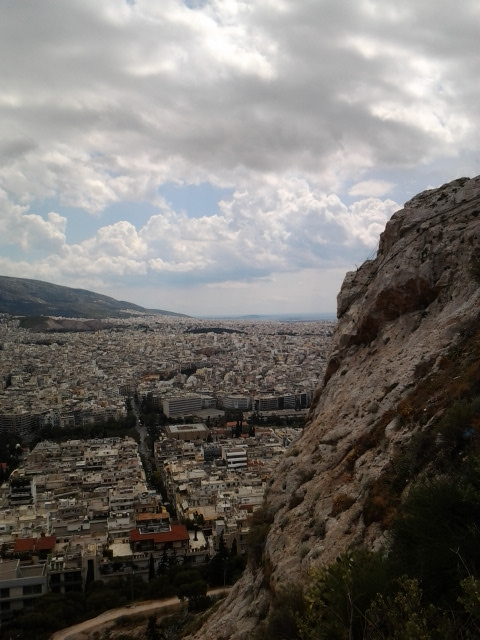 Saint George was an actual Greek who became an officer in the Roman army. He probably lived between 275-303 AD.  He is venerated as a Christian martyr. He is immortalized in the tale of St. George and the Dragon and is one of the 14 Holy Helpers. His memorial is celebrated on April 23rd, and he is regarded as one of the most prominent military saints. The chapel has some stunning murals and paintings.

Tomorrow, I am going SCUBA diving (2 tank dive). I’ve never been SCUBA diving in the Mediterranean sea, so I am quite stoked about doing so. I have no idea what types of aquatic life to expect or whether I will have good water clarity. I’m spoiled from most of my diving being done in the Carribean, where you have a wide variety of aquatic life, as well as it being plentiful. The water clarity is also 100 feet minimum. We’ll see how the Mediterranean compares. I do know that it will be quite cold, so I would imagine that I’ll have a 5mil wet suit (minimum). The weather has been a bit windy, with some rain the last couple of days. Hopefully, that wont be the case tomorrow, with plenty of sun and calm waters. The weather above the water wont affect me one bit while I am diving; but above water, I have no desire to lose my cookies due to rough seas on the way to the 2 dive sites.  We shall see  . . .  Until then, take care!

10 thoughts on “How I Almost Fell Off Of Lycabettus Hill In Athens, Greece”