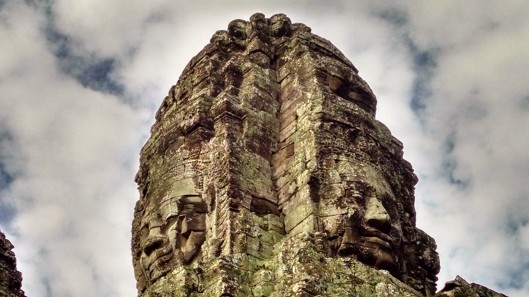 Angor Wat is so large that I have decided to break my posts into 3 parts. This is the second part of my visit to Angor Wat. By the way, I have seen two spellings for these temples, “Angkor”  and “Angor.” The former is probably the one which most people are familiar with and/or is the proper spelling, but I really don’t know for sure. Since I used “Angor” in my previous post, I’ll continue to do so in this one. So to recap, I started off at Angor Wat, which is the largest religious temple in the world, with a volume of stone equaling that of the Cheops pyramid in Egypt. Wow! It is unlike all the other Khmer temples due primarily to the fact that it faces West and 12th century Hinduism inspires it (architecture). The symetrical towers and other buildings were conceived by Suyavarman II, and it took approximately 30 years to complete. Most scholars believe it was built as a funeral temple for the king. It has been occupied continuously by monks since its construction. Of all the temples, it is probably the best preserved.

My next stop is called the Bayon. The Bayon’s most distinctive feature is the multitude of serene and massive stone faces on the many towers which jut out from the upper terrace and cluster around its central peak. The temple is known also for two impressive sets of bas-reliefs, which present a multitude of mythological, historical, and “mundane” scenes. The Bayon stands at the center of Jayavarman’s capital Angor Thom. According to what I was told, the Bayon was modified after Jayavarman’s death, with Hindu and Theravada Buddhist kings in accordance with their own religious preferences. The site was constructed in the late 12th or early 13th century. These are the photos I took of this site: 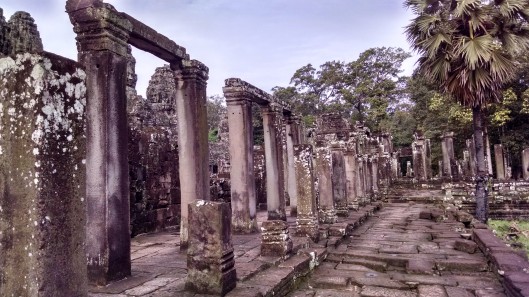 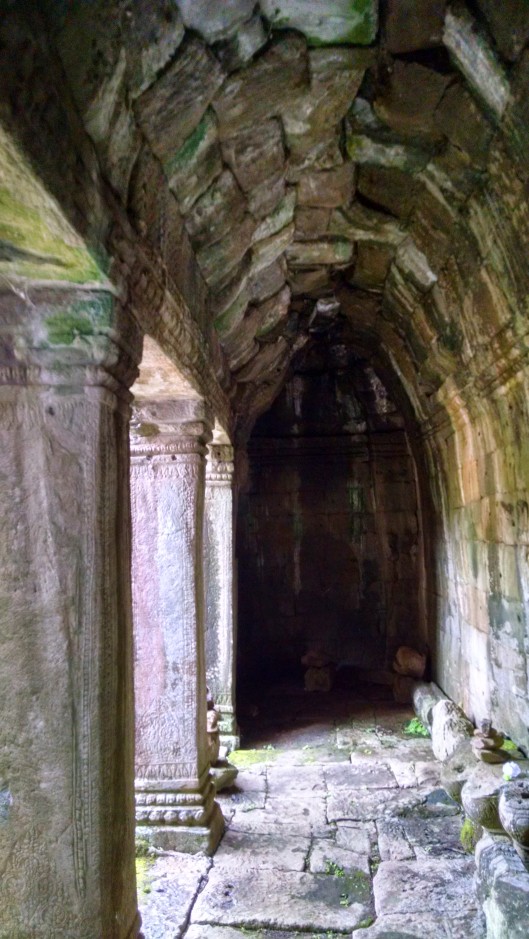 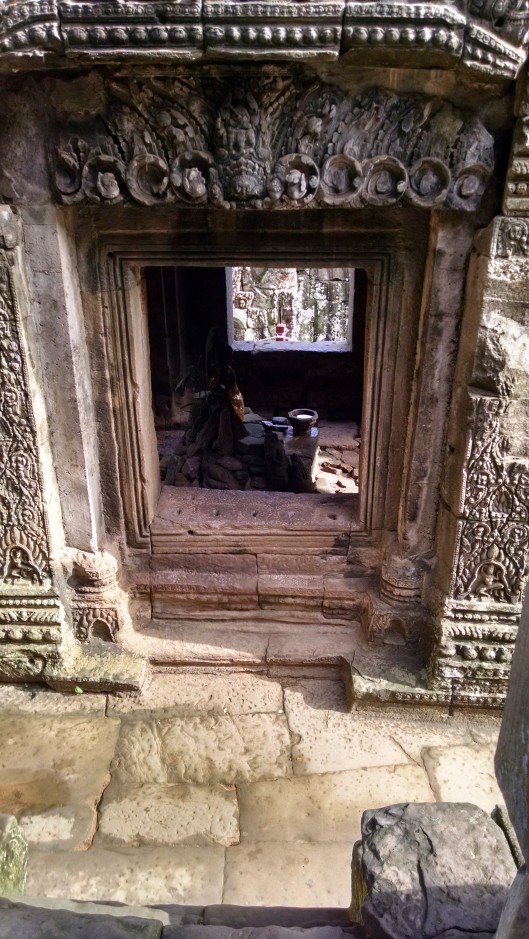 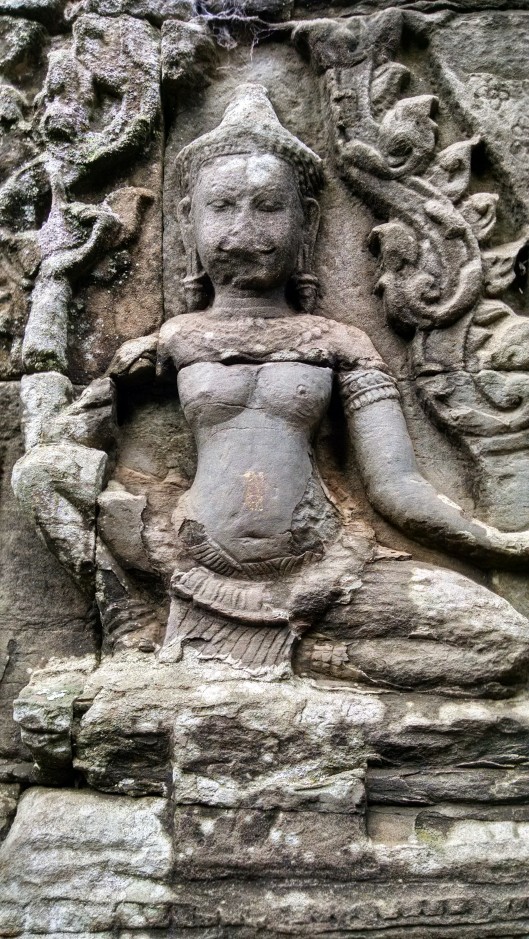